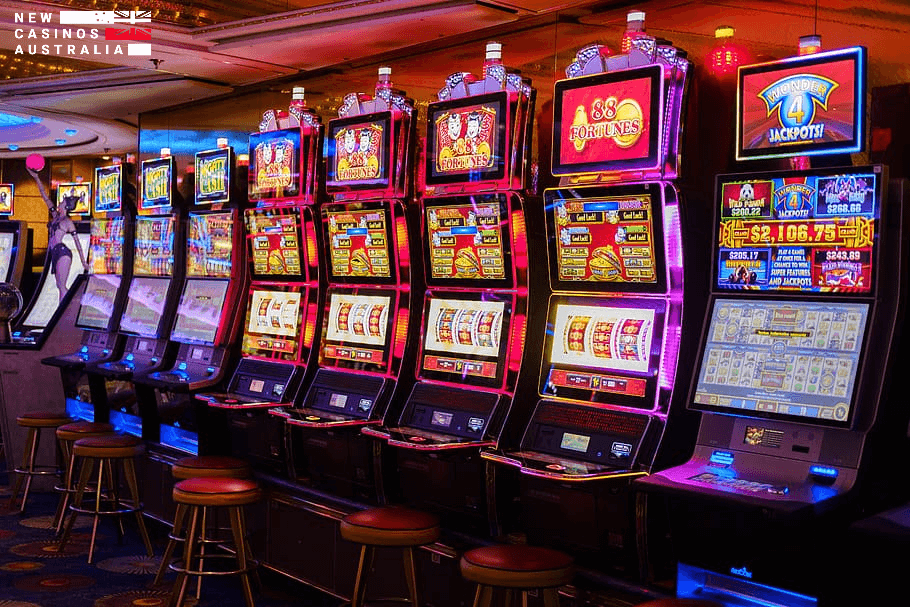 Authorities are under the assumption that poker machines are being used by criminal gangs at small regional clubs and pubs in order to launder the proceeds of both illegal drug dealing and prostitution. This came after tens of thousands of dollars were being put into the machines in a single sitting.

ILGA director of investigations David Byrne told the ABC: “I would endeavour to say it could be easily double that, and over an annual period, I’d suggest it’s in the hundreds of millions.”

There are many different ways that money laundering can occur. One particular method is where a gambler puts what is referred to as dirty money made via illegal activity into a poker machine only to make few bets. They then cash the rest of the now ‘clean’ money out on a ticket.

Mr. Byrne believes that although it may be done by groups of organized criminals, there have been instances of gangs taking advantage of known gambling addicts.

“You’ve got someone who’s very vulnerable… it’s almost like child labour because they’re so desperate, they’ll do anything. So, people could sit there in front of a machine and launder cash for an organised group for a very small amount of money in commission.”

The ABC received two accounts of suspected incidents that have been referred to the police for further investigation. One of the incidents involves a small club in the states south where 25 suspicious plays of over $1,400 each were put into varying machines and cashed out only moments later.

Another incident took place in far western NSW in another small club. It is believed that over the course of one weekend, bikes put tens of thousands of dollars through the pokies. They made a small number of bets before withdrawing the rest of the money on a ticket.

Major Brian Monaghan said he was shocked that there could be money issues occurring there.

“We would be supportive of law enforcement dealing with any money laundering issues,” he said.

Detective Superintendent Rob Critchlow, the head of NSW Police’s organized crime squad has said that organized crime gangs were moving increasingly fast into regional areas.
He says: “We’re seeing more and more serious crime being committed in the far west of NSW by crime groups probably avoiding some of the attention from groups like Strike Force Raptor and our squads.”

“They’re going out to Bathurst and as far west as Bourke and those areas to set up large-scale clandestine drug labs and large-scale cultivation of cannabis and some greenhouses, massive jobs involving organised crime groups.”

“All those projects, all those crimes generate vast amounts of cash and it’s got to be washed and laundered before it can be utilised by those groups.”

He also said that several large-scale drug busts had been conducted in NSW in the Hay Plains area. Data collection alone exposed a decades-old problem.

David Byrne, the head of the Liquor and Gaming Authority’s investigations said he was not at all surprised about the data that had shown up possible money laundering in many small regional pubs and clubs.

He said: “I’ve got a long background in law enforcement and it’s been used as a method for a long, long time.”
“What we’ve been able to do is utilise the data and the technology that’s available to us now, that we didn’t have 20 or 30 years ago, to our advantage, to identify those instances and then action and investigate them.”

He has also said that investigators would be visiting regional areas going forward.
“We’ll be attending those venues and obtaining CCTV footage, reviewing it, corroborating the data and confirming or denying whether or not it’s actually money laundering or dealing in proceeds of crime.” he said.

He stated that any evidence would be referred to the police immediately.

Mr Byrne and Superintendent Critchlow have both concluded that there is a great need for a public inquiry into the money laundering and pokies at both pubs and clubs similar to the Bergin inquiry in casinos.

A spokesperson from the government in NSW said the issues raised around money laundering in pubs and clubs would be put under careful consideration.
“The NSW government will work with law enforcement agencies and stakeholders to fix any flaws in the system and ensure offenders are caught and prosecuted,” they said.